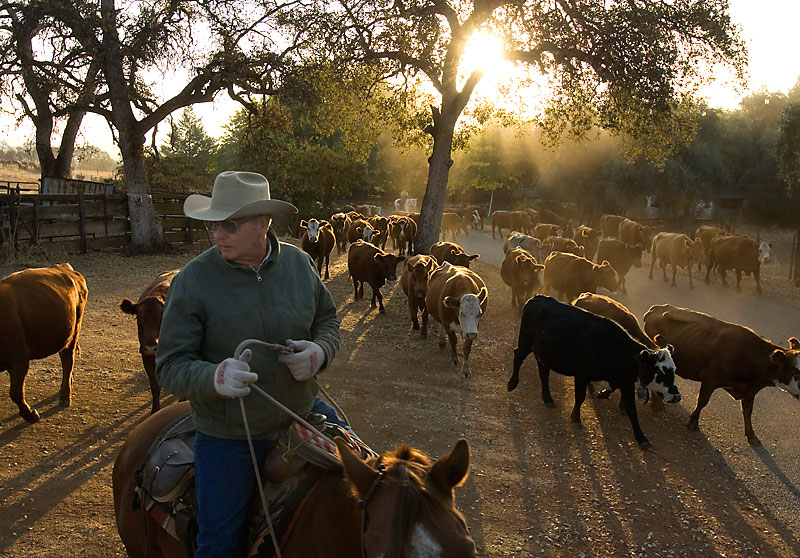 With three quarters of 2022 almost behind us, as we enter the final quarter of this year, Senior Farm and Ranch Broadcaster, Ron Hays, is back with Oklahoma State University Livestock Market Economist, Dr. Derrell Peel talking about the beef cow herd numbers.

“For the year-to-date, if you add cow slaughter, plus heifer slaughter together, so far this year it is averaging 51 percent,” Peel said. “It is actually 50.9 percent of total cattle slaughter is female.”

If we end up the year with over 50 percent of total cattle slaughter from the female side, Peel said we have not done that since 1986.

“Heifer slaughter is up 4.9 percent this year over last year, and of course, both heifer slaughter and cow slaughter were higher last year on a year-over basis,” Peel said. “In the last two years, we have really taken a bite out of the female side of our industry.”

In many ways, Peel said this drought is somewhat similar to the drought we saw a decade ago. At some point in time, we will be moving past this drought, Peel added, although it is hard to say when.

“There is no indication that we are done with drought impacts yet, but we are going to find ourselves smaller than we intended to be, smaller than the market really wants us to be,” Peel said. “Obviously, the last time we did this, the market provided some extremely strong incentives then to rebuild the herd when we get the opportunity to do that. I think all of that is pretty consistent with what we did the last time around.”

The one thing that is a little bit different, Peel said, and in some ways, perhaps even more severe, is that the last time we had a severe drought, it was in contained in Oklahoma and Texas for the most part. This time, he added, the whole country has been impacted.

“One of the lessons we learned last time from the drought was particularly at this time of the year, we pretty much know what we’ve got for forage,” Peel said. “We are not going to get a lot more growth at this point. Whatever hay we’ve got, or we can find at this point is pretty much all we have to work with.”

From an individual management and production standpoint, Peel said one of the lessons we learned is that it is absolutely imperative that you not try and keep more animals that you can take care of.

“It doesn’t help, it doesn’t pay most of the time, and you either wind up having to spend an extraordinary amount more on feed that you really can’t afford, or you wind up hurting the animals,” Peel said. “Cows- if you don’t treat them as well as they need to be, then you are going to pay for it later in reproductive performance. Figure out what you’ve got to work with in terms of forage resource and get yourself scaled down to that level to get through the winter because we really are now looking at next April or May as the next time anything could potentially change very much.”

Peel said it is critical to be realistic and to leave yourself in a position where you can rebound when the opportunity presents itself, even if that means being smaller than you want to be.

With so many moving parts, Peel said beef demand has held up well and beef production is above a year ago.

“We thought beef production would actually peak two years ago,” Peel said. “It didn’t because of the pandemic, and it didn’t peak last year. It looks like now we are going to end up being at least as big as last year in terms of total beef production- perhaps even a smidge bigger, but not dropping like we though it would earlier in the year when we made early forecast.”

All of this said, Peel said, the longer we push this off, when we turn the corner, we are going to see things tighten up.

“There is almost no way we cannot see a significant decrease in beef production next year,” Peel said. “So, even though prices are high, and consumers are facing lots of challenges, there won’t be as much beef and what there is, we will sell for even higher prices.”

Click the LISTEN BAR below to listen to Ron Hays and Dr. Derrell Peel talking cow numbers as we get close to finishing off 2022.