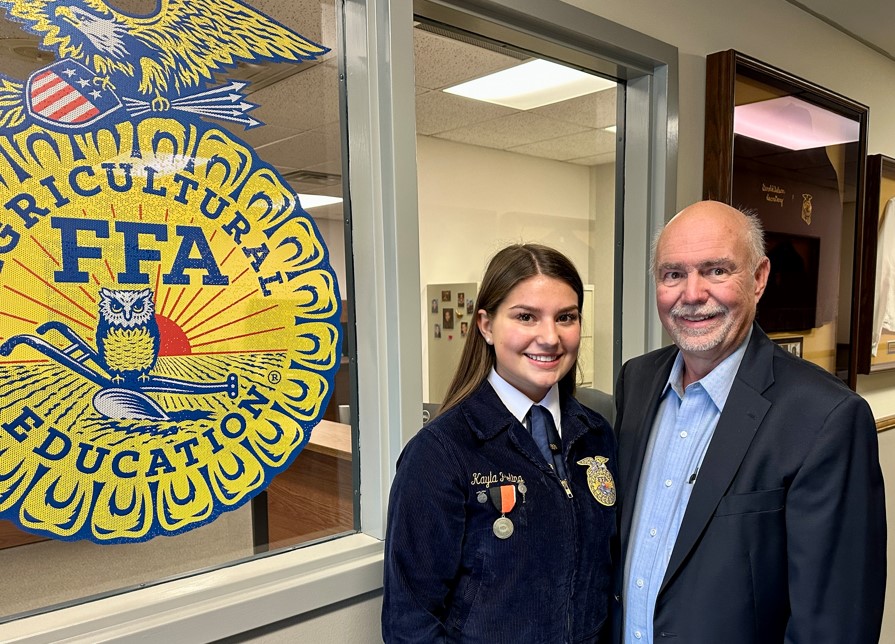 The 2022 National FFA Convention is coming up next week in Indianapolis. Competing in the national contest for extemporaneous speaking will be Kayla Poling from the Silo FFA chapter.

Poling said she started her public speaking career in the 8th grade. Extemporaneous speaking, Poling said, has allowed her to become well-rounded in many different aspects of agriculture.

“The contest is drawing three topics, and you get to pick one of the three,” Poling said. “More often than not, it is something that you know a little bit about, but not a lot about. Fortunately, we get ten minutes of computer time, and during that ten minutes, I try to do as much research as possible and use the 20 minutes to construct a well thought after speech with a purpose-driven behind it through the topic.”

Poling said at the regional competition, she drew the topic of how social media and smartphones can help agriculture.

“That is a point where you can talk about advocacy and how social media is a great tool nowadays to advocate for agriculture and shed a positive light on it, especially with various social media apps like Tik Tok- you can make funny videos based around agriculture and keep it lighthearted,” Poling said.

Poling said her favorite topics to speak about are those based around natural resources.

“Whenever I am able to talk about how farmers can feed our growing population with fewer resources is something I get extremely passionate about, because it is going to be a long-term issue and having our agriculturalist combat that in different ways of combatting through technology and innovation is something I love talking about,” Poling said.

To see the FFA members and Chapters to be recognized at the 95th National FFA Convention takign place in Indianapolis next week, click here.

Click the LISTEN BAR below to hear Ron Hay’s full conversation with Kayla Poling as she prepares to represent Oklahoma in Indianapolis in extemporaneous speaking.