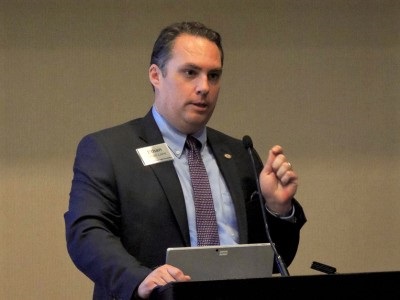 Senior Farm and Ranch Broadcaster, Ron Hays, is visiting with National Cattlemen’s Beef Association’s vice president of government affairs, Ethan Lane, as he gives a preview of what he expects to occur in the upcoming midterm elections and the impacts it will have on agriculture.

Lane said there is a high likelihood the house will be controlled by the GOP after the November elections, but it will be important to see what happens in the Senate and House Agriculture Committees because of the 2023 Farm Bill.

“We are expecting to have extremely narrow margins regardless,” Lane said. “That being the case, you end up having pretty balanced committees as far as R’s and D’s (Republicans and Democrats). Going into a farm bill, you are going to see the democrats sort of retooling. We have already seen that a little bit with members of the ag committee whom they are putting into those positions. Typically, they will start to load in members from more urban districts who are focused more on food assistance programs, SNAP (Supplemental Nutrition Assistance Program), and things like that.”

Food assistance programs, Lane said, will be the main priority of the Democratic party in the upcoming farm bill, and that is reflected by whom they use to represent their party in the ag committee.

“We have already seen that a little bit with people like Marcy Kaptur from Toledo, Ohio returning to the Ag committee,” Lane said. “That is not typically a district you would expect to be much of an ag district. I have run a campaign in that district. There are not a whole lot of farmers and ranchers there."

“That alone is a massive game changer just empowering him in that position,” Lane said.

One thing for certain is that there will be lame-duck activity in congress after the midterm elections.

“We don’t really want to see a bunch of activity and last-minute panic legislating in a lame-duck session,” Lane said. “People’s motives are different.”

If the Democrats lose bigger than they are expecting to, Lane said it can be expected to see some last-minute desperation to push their agenda.

“Our next physical deadline to fund the government is December 16th,” Lane said. “That could either be a continuing resolution again into next spring, March or something like that, or it could be a full omnibus package that funds the government through next September.”

How this election plays out, Lane said, is going to be a big factor in what that package looks like.

“Anything is possible in a lame-duck, and our team here is going to have to be on their “A” game looking out for any of these things that might pop up last minute that we are going to need to engage on and make sure doesn’t get across the finish line,” Lane said.

Lane also talked about anti-agriculture and production agriculture groups and the impact they have had in 2022. The influence of these groups, he said, was much larger than expected.

“Animal rights activists are interesting because they have no problem selling their agenda or pushing their agenda to non-traditional allies,” Lane said. “They are looking for allies in the Republican party. They have spent a tremendous amount of political dollars in this cycle on Republicans.”

Lane said it is important for people to understand that animal rights activists are not just concerned with hunting, animal welfare, and the sort- they aim to shut down the rural way of life in communities across the country and agriculture with it.

Click the LISTEN BAR below to listen to Ron Hays talking with Ethan Lane on the upcoming midterm elections.