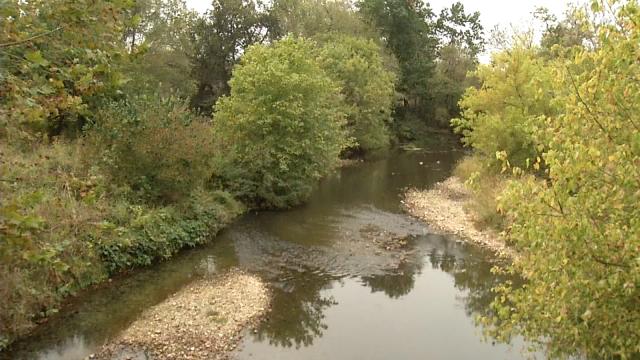 “This is a great and historic day for Oklahoma,” Drummond said. “While this decision has been a long time coming, it is important to note that in the intervening years since the filing of the suit, the poultry industry has made, or is willing to make, strong improvements in waste disposal to ameliorate the extent of the problem. Oklahoma has amazing natural resources that deserve our vigilant protection. We will thoroughly review the judge’s decision and determine the appropriate path forward.”

Judge Frizzell found in favor of the State and has ordered the parties to meet and attempt to reach an agreement by March 17, 2023. If one is not reached by then, Frizzell will render a judgment on remedies. The judge also stated that he would have to approve any agreement between the parties.

As the AG stated- Between 2005 and today- there has been a tremendous reduction in the amount of phosphorus that has been applied from chicken litter in the Illinois River watershed.

According to a 2016 report from the Oklahoma Farm Report– the numbers are significant.

“Jeremy Seiger is the Director of the Agricultural Environmental Management Services division of the Oklahoma Department of Agriculture, Food and Forestry (ODAFF) and oversees the program that regulates concentrated animal feeding operations, poultry feeding operations and poultry litter applications in Oklahoma.

“ODAFF data shows that in 2009 in Oklahoma approximately 31,660 tons of poultry litter were applied to cropland and pastures in the Illinois River Watershed (IRW),” Seiger said. “Over time that number has decreased substantially and in 2014 approximately 8,000 tons of poultry litter were applied in the IRW. Improving water quality in the watershed is a team effort by all, and on both sides of the state line. Decreasing the amount of poultry litter that is applied is only one of the many changes that have occurred to help improve our water resources.”

Click on the PDF link below to read the full decision that was released by Judge Frizzell on the case that dates back to 2005.

Oklahoma’s largest general farm organization, Oklahoma Farm Bureau, is expressing disappointment on this ruling from this long ago case.  Here is the statement  from OKFB released on Wednesday evening:

“Oklahoma Farm Bureau members are disappointed with the conclusion reached by the U.S. District Court for the Northern District of Oklahoma today finding in favor of the state of Oklahoma and holding poultry companies liable for high phosphorous levels causing pollution in the Illinois River Watershed.

“For decades, Oklahoma poultry farmers have been regulated by the Oklahoma Department of Agriculture, Food and Forestry which requires nutrient management plans and limits on poultry litter application.

“Additionally, in the almost 20 years since this lawsuit was filed, our members have worked with agencies like the Oklahoma Conservation Commission to improve water quality in the Illinois River Watershed using conservation practices like streambank restoration and filter strips. These farmer-led, proactive efforts have contributed to consistent improvement in water quality in the watershed.

“Oklahoma’s family farmers have a vested interest in protecting the very environment where they and their families live, and they have implemented extensive steps including water testing and moving poultry litter out of the watershed to ensure that our state’s natural resources are protected. As proud caretakers of the land, our members are willing to meet and exceed environmental standards as they raise the protein that our state and our world rely upon.”