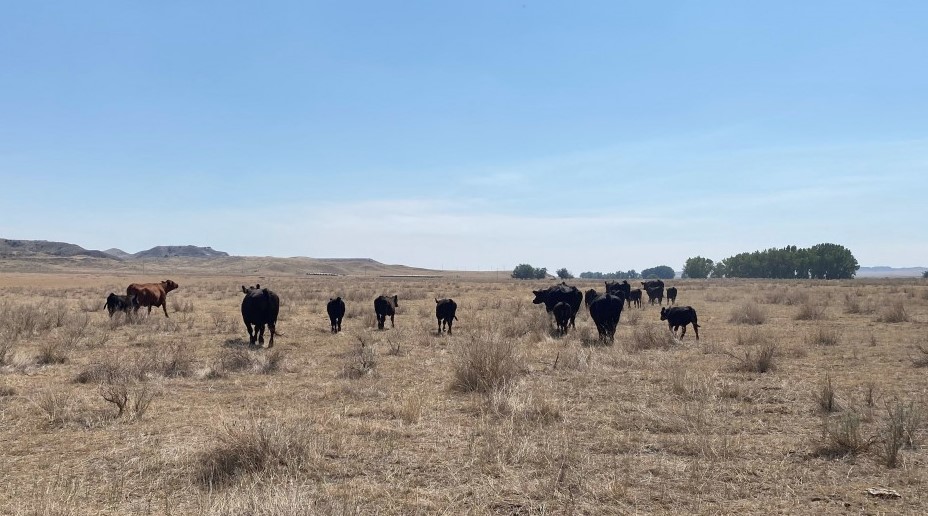 Until things change moisture-wise, Peel said there is no stopping the liquidation, but over the next three years, the cow herd can be stabilized and rebuilt.

Bob Rodenberger with Stockman Oklahoman says most of the cattle producers he is working with are doing a good job of orderly liquidation. In smaller barns in rural America, Rodenberger said cow kill is still up, but people are culling old and open cows that shouldn’t remain in the herd regardless of drought.

“I haven’t got into a set of true, young cows yet, which is very positive from my standpoint,” Rodenberger said.

Calves are coming to town a little earlier, Rodenberger said, which is to be expected.

“We are in survival mode,” Rodenberger said. “People are doing what they should be doing. Nothing has got into panic mode yet. I know a lot of us are thinking panic, but people are just responding normally. Relieving their cow, trying to get her into the winter in good shape, selling down to however much hay they’ve got available, and the herds that are selling more than normal have no hay, are short on water or both of the above.”

Many are comparing the current drought situation to the one that happened a decade ago.

“We are looking at 2011 and 2012 again and the thing that we are seeing that we didn’t see then is the higher market in the middle of the drought,” Rodenberger said.

“If you think back, that’s when the rain, we finally got restocked and reestablished our grasses and our wheat pasture, and then the market came back,” Rodenberger said. “We are maintaining a good stocker market and a good feeder market through all this so, there is optimism down the road.”

The stockers being purchased right now for wheat or grass, Rodenberger said, have a tremendous margin in them if they can be contracted or hedged six months down the road.

Dr. Peel says that if wheat pasture does become available, he believes that it could be used somewhat differently than usual for this fall and winter, given the limited hay supply. Proportionately, more wheat pasture is likely to be used for cow herds than for stocker production. Even if there is wheat pasture, stocker demand may be a little lighter than usual this year, however, the fall run of calves may also be smaller than usual, so that will balance out.

Over the last couple of months, Oklahoma’s combined total for feeder cattle has been up 13 percent year over year as feeder cattle have been marketed earlier than usual. Initially, the auction volume of cull cows has been up 108 percent year over year in the same period that producers continue to adjust cow herds to match the limited forward supplies that are available for fall and winter.

Keep in mind as we point toward that next annual cattle inventory report in January of 2023, the beef cow inventory peaked back in 2019 at 31.69 million head of beef cows before it declined into January 1 of this year at 30.13 million head, which is a 4.9 percent decrease in 3 years. We can expect a significant decrease in the US Beef Cow herd- there’s talk among analysts of as big as a four percent drop in the beef cow herd number in the January USDA Cattle Inventory Report.