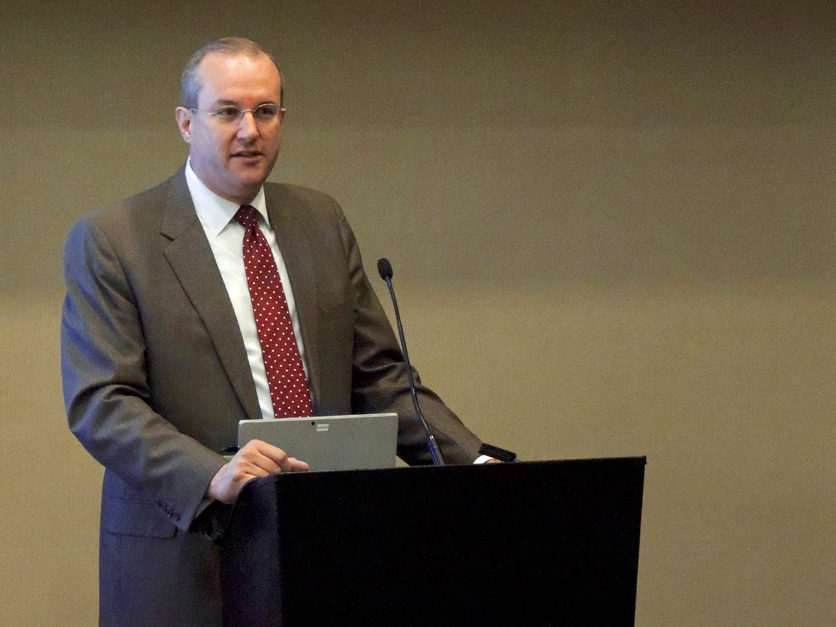 This past week, the White House held its conference on Hunger, Nutrition, and Health. One of those attending representing U.S. agriculture was the CEO of the National Cattlemen’s Beef Association, Colin Woodall. Senior Farm and Ranch Broadcaster, Ron Hays, is featuring comments from Woodall as he talks about highlights from the conference concerning the beef industry.

The conference was an all-day event, Woodall said, with about 500 participants.

“We heard from everybody from the President to the Secretary of Agriculture and members of Congress,” Woodall said. “It truly was a star-studded event with not only a lot of political celebrities but celebrity chefs around and it was a focus on what needs to be done now that we find ourselves 50 years past the last conference on hunger and nutrition and what more can be done to stamp out hunger.”

The goal of the president, Woodall said, is to stamp out hunger in the U.S by 2023.

“The good news is, the beef industry is going to play a huge role in achieving that particular goal,” Woodall said.

Woodall said it was important that NCBA and other ag groups were able to be at the conference to represent production agriculture.

“It doesn’t matter what kind of conversation you have about hunger, nutrition, and health if you don’t worry about us, those of us who are out there in the field, every day, actually producing the food,” Woodall said. “Because we had a lot of community groups, we had celebrity chefs, but very few of us in that room were actually responsible for representing the people who produce the food.”

I do believe that our message really resonated throughout the day,” Woodall said. “We were able to make it very clear you could have all the lofty goals you want, but if agriculture is not there if we are not producing the food, if we don’t have the beef available to go, then all of this is for not. “

Adequate supplies of nutritious food, Woodall said, was a key topic of discussion at the conference.

“That is where we get to play a huge role because we can provide that nutrient-dense protein that is high in B vitamins, it is high in Zinc, and a great source of both of those,” Woodall said. “We know through all the research that has been done and funded by the checkoff over the years that we are an important part of a healthy diet. Things such as the BOLD study– Beef in an Optimum Lean Diet- has provided information that we have leaned on for years to make sure that we keep ourselves at the middle of the plate and throughout this conference, all the organizers spent a lot of time talking about evidence-based science.”

Woodall said the beef industry can provide evidence that bases our role in the diet on many levels, including sustainability. Beef is part of the solution, Woodall said, not part of the problem.

It is important for Americans to understand that the food they eat goes back to the producers, Woodall said.

“All of these groups that attended today, whether is a charity, whether it is a non-government organization- NGO- whatever it may be, they have to understand that it doesn’t matter what they want if they are not supporting the farmers and ranchers that actually produce the food,” Woodall said. “That was a discussion point that was missing today. As I said, our engagement helped kind of spark that discussion and bring that discussion back in, but there needs to be more discussions about that and I also think that will be important as we go into this next farm bill because there is no doubt that this will have some influence on the Farm Bill and it is our opportunity, once again, to showcase what we bring not only from the nutritional value, but also what we provide in terms of protecting green space, and we know that if there is a need for beef, that this industry will be able to provide it.”

Click the LISTEN BAR below to listen to NBCA’s Colin Woodall talking about the conference on Hunger, Nutrition, and Health and the need for beef.