Farm and Ranch News for October 6, 2022 with Ron Hays on RON 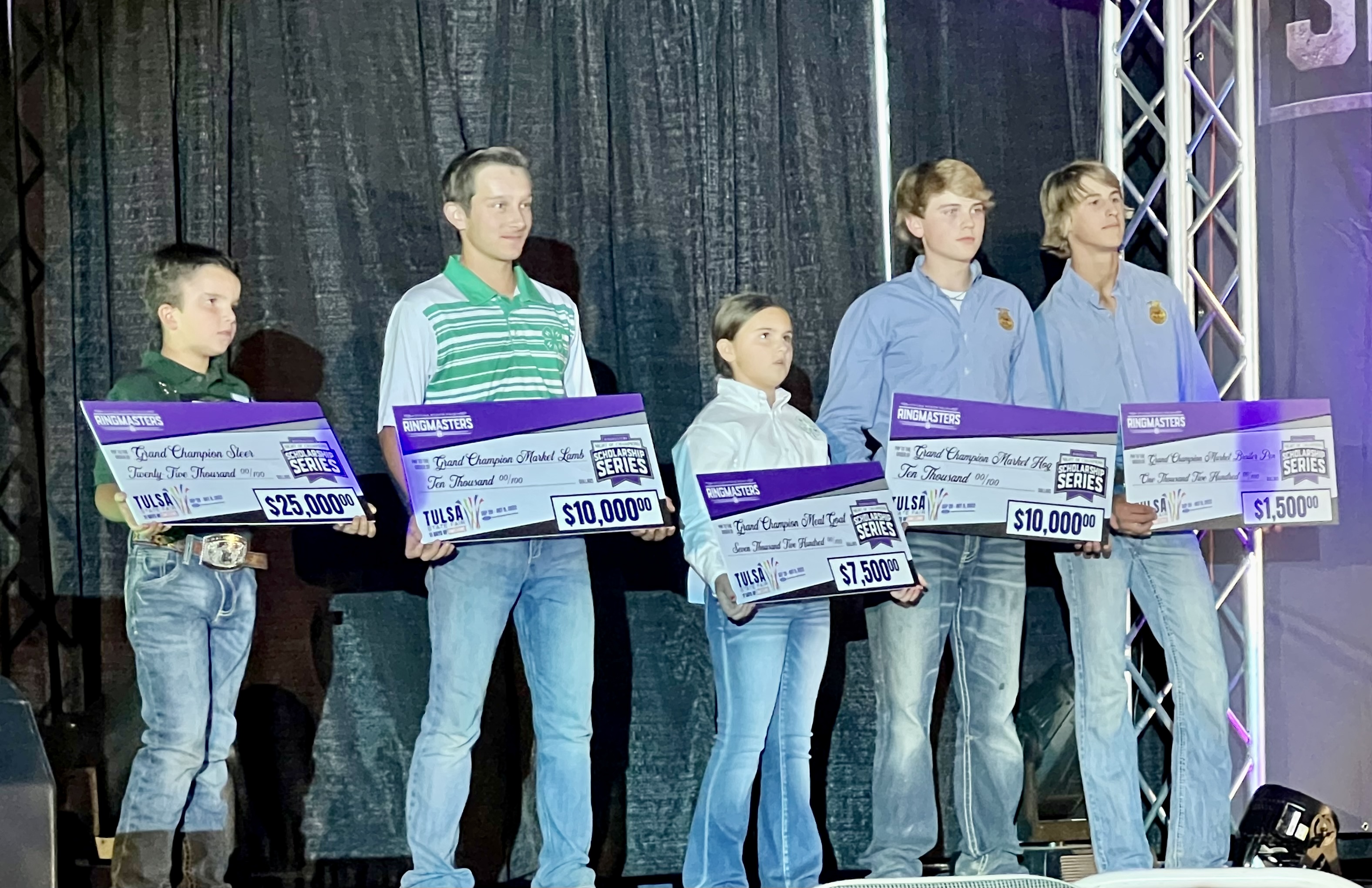 For the second year, the Tulsa State Fair Market Animal show ended with the grand champion drive and then the awarding of cash prizes to the top 150 4-H and FFA members in the five species.

The Grand Champion Barrow was shown by Garvin Straka from the Yukon FFA- Garvin’s Grand Barrow was the Champion Hamp and he was presented a check for $10,000. Reserve Grand Barrow also came from the Hampshire breed- and shown by Dax Johnson of Crowder 4-H, who got $7,500 for his efforts.

The Grand Champion Market Lamb was the Champion Hamp shown by Callen Minard from the Canadian County 4-H The Grand Lamb also picked up a cash prize of $10,000. The Reserve Grand Champion lamb was the best Crossbred- shown by Jamison Scott of Central High FFA who received $7,500.

The Grand Champion Market Goat was shown by Josie White from the Ft Gibson 4-H, receiving $7,500 for her top goat while the Reserve Grand Goat belongs to JC Treadwell of the Oologah FFA, who earned $5,000.

The Grand Champion Pen of Broilers were shown by Lucas Harmon from the Perry FFA. He received a cash award of $1,500.

Over $400,000 in Scholarships and Cash Premiums were handed out by the Tulsa State Fair and Tulsa State Fair Ringmasters as the Market Animal Show came to a close. (Pictured above are the five Grand Champions from the 2022 Market Show.