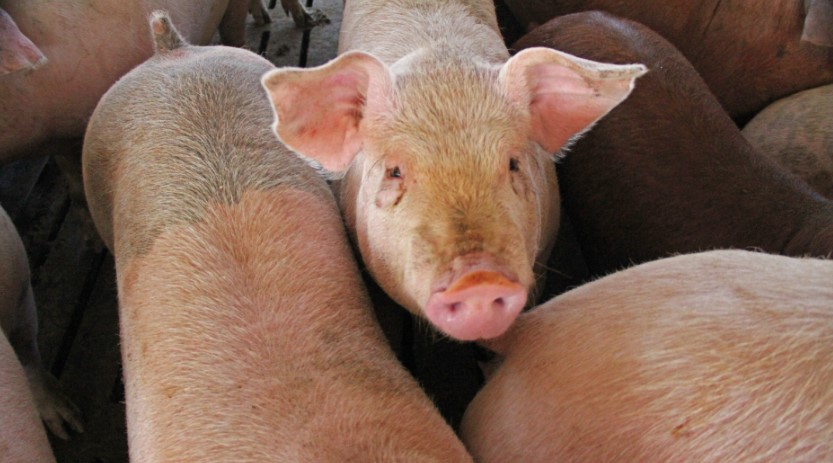 On Tuesday, the U.S. Supreme Court will hear oral arguments on the challenge to California’s Proposition 12 by the American Farm Bureau and the National Pork Producers Council. While the Beef Cattle Industry is not in the direct crosshairs of activists who were successful in getting Proposition 12 approved in 2018, the implications of that dictate to pork, egg, and veal production will reverberate over all of animal agriculture in the future.

Today, we feature comments about the battle against California over Prop 12 with Michael Formica, Chief Legal Strategist for the National Pork Producers (our thanks to Jeff Nalley of the Cromwell Network for sharing a recent interview with Formica).

“The case is about pigs and pig farming,” Formica said. “The activists raised tens of millions of dollars for this. Had we raised money and engaged with them in California, they would have raised 100 million dollars.”

“Basically, to speak of, there is no pork raised in California,” Formica said.

By selecting a state such as California, Formica said it is easy to ban practices that citizens do not understand.

“It becomes very easy to do in a state like California where it is incredibly expensive to engage when you are backed by some of the richest people in Silicon Valley and the biggest stars in Hollywood,” Formica said. “They got this ballot initiative through and prior to that, they passed another one in Massachusetts- Question 3. But both of them seek to cut off sales in those marketplaces unless you comply with very specific, prescriptive standards.”

Formica said California’s Proposition 12 is aiming to reach thousands of miles outside of the state to tell farmers in other states how to raise their product.

“We don’t think that is constitutional and apparently the Biden administration has agreed with us and come down and signed with us,” Formica said. “We had the U.S Chamber of Commerce, we’ve got the National Association of Manufacturers, we have the entire retail industry behind us, we have law professors behind us, and we have got 26 state attorney generals supporting us.”

In 2018, when California voters approved Proposition 12, Formica said during that time, millions of dollars were spent to have them answer the question of whether or not they oppose cruel treatment on farms.

“Of course, everyone is going to choose yes,” Formica said. “I am still shocked that 36 percent of people in California said no. Not because they don’t oppose cruel treatment on farms, it is because they know that the ballot initiatives are a fraud. The devil is in the details and 160 pages of statutory and regulatory text that doesn’t appear on the ballot initiative is going to do something far different than that simple yes or no question.”

Proposition 12 did not pass through legislative committees, Formica said, so the findings and statements in it do not carry much weight.

“The statutory requirement of not selling pork into California is still alive and well hopefully until the Supreme Court rules,” Formica said.

A possible ruling on Proposition 12 is likely to come in early 2023.

Click the LISTEN BAR below to listen to Michael Formica talking about California’s Proposition 12.