NCBA Weighs in on California’s Proposition 12 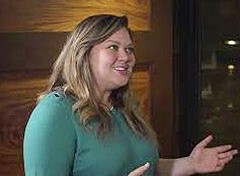 A couple of weeks ago, the Beef Buzz featured comments from Michael Formica of the National Pork Producers Council talking about how California’s Proposition 12 issue impacts all of animal agriculture, not just the pork side. Today, Senior Farm and Ranch Broadcaster, Ron Hays, is visiting with National Cattlemen’s Beef Association’s Chief Council, Mary Thomas Hart, about the beef industry weighing in on California’s Proposition 12.

The NCBA offered an amicus brief to the Supreme Court in favor of the position held by the NPPC and the American Farm Bureau Federation.

“It gets into a really weedy constitutional issue called the Dormant Commerce Clause,” Hart said. “The dormant commerce clause deals with issues related to a state passing a law that has an unjustifiable impact on out-of-state production in that state.”

In the instance of Proposition 12, Hart says the state of California enacted a policy that would require all pork sold in the state of California to comply with certain gestation crate requirements. The issue is that there are no large-scale hog operations in California, Hart said, so this policy almost entirely regulates activity that occurs out of its own state.

“California is such a large state that any hog producers that want to engage in interstate commerce would likely have to follow these California mandates in order to ensure that their product can be sold across state lines,” Hart said. “Is that constitutional? Under the Commerce Clause, the National Pork Producers and American Farm Bureau argue that it is not. California obviously argued that it is, and NCBA submitted an amicus brief in support of the National Pork Producer’s position.”

Hart said that she listened to the oral arguments and the justices’ responses, and an interesting idea popped up from the newest justice on the Supreme Court, Ketanji Brown Jackson.

“Specifically, Ketanji Brown Jackson seemed very interested in whether there was a narrower option to achieve the same goal for the state of California,” Hart said. “If California’s goal is to ensure that consumers are able to eat a ‘moral pork’ – that is what the state called it- perhaps there is some other option that is not so restrictive on all pork producers across the country that would allow consumers to be aware and make a more informed purchasing decision, while also potentially putting money back in the pocket of the producer.”

Conversations about labeling requirements and labeling programs came up during oral arguments, Hart said, so that will be an interesting part of the deliberation for the justices.

NCBA also weighed in with an opinion on the Waters of the U.S. rule, with an amicus brief, that was argued by the Supreme court a week earlier.

“It is a waiting game,” Hart said. “It entirely depends on what order the court wants to issue decisions in, what other cases the court is considering, and how busy the court is this season. We have gotten opinions from the Supreme Court as early as January after arguments in October or November and as late as June. So, I think we are waiting at least three months until we get an opinion in these two cases and at most, probably eight or nine months.”

Opinions on Proposition 12 and WOTUS can be expected within the next year, Hart said, and these cases will have a significant effect on national policy. Proposition 12, Hart said, will impact how state legislators operate their ability to pass new state laws that impact out-of-state activity.

To listen to Michael Formica talking about California’s Proposition 12 in a previous Beef Buzz, click here.

Click the LISTEN BAR below to listen to Mary Thomas Hart talking about the impact of Proposition 12 within the agriculture industry.