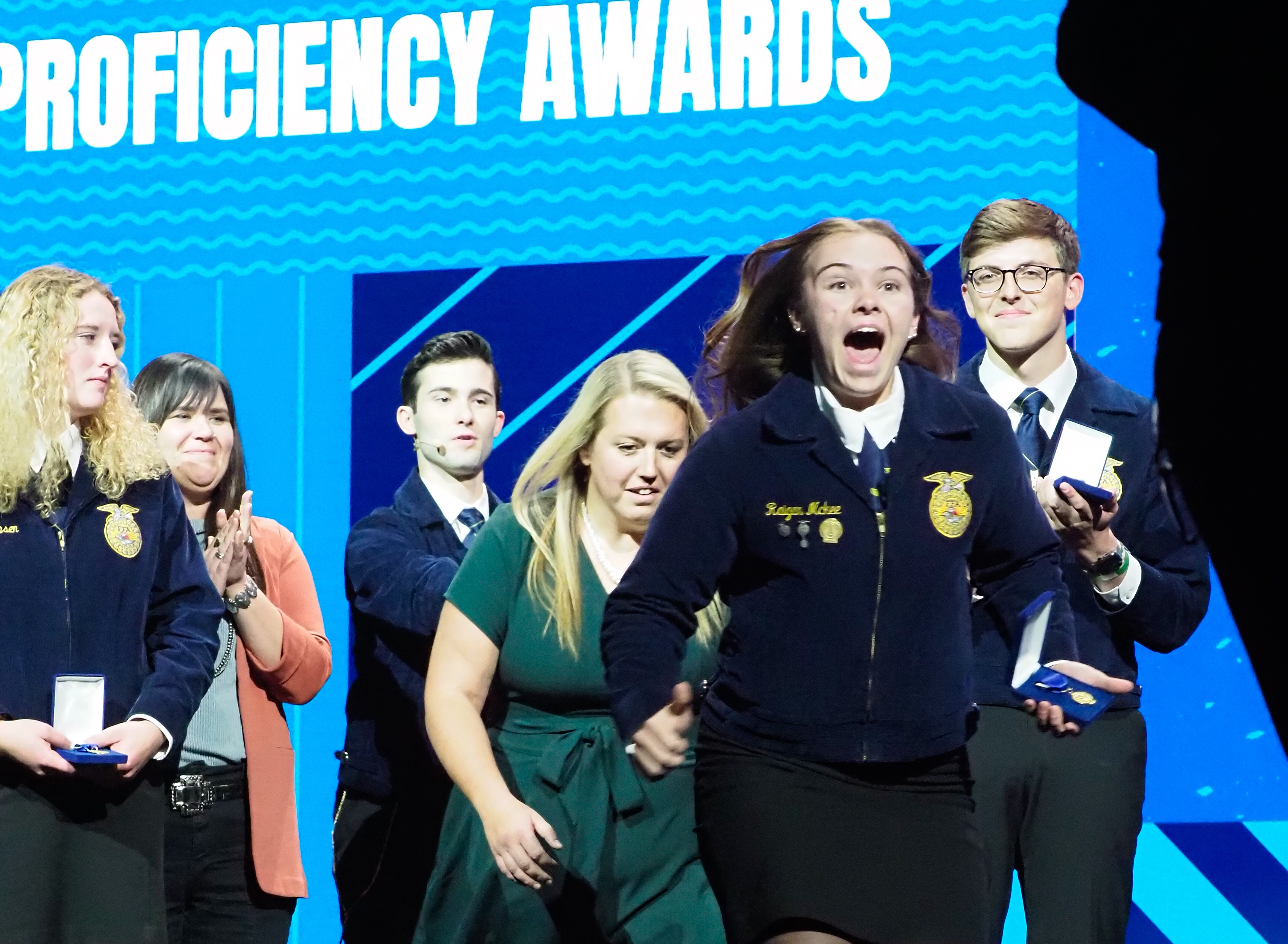 Two Oklahoma FFA Members brought home National Championships in the Agricultural Proficiency Awards as they were announced at the National FFA Convention in Indianapolis during the final week of October.

Raigan McKee of the Oologah FFA Chapter in Oklahoma has spent three years researching the use of specific treatments to improve biosecurity measures taken by livestock producers. She began her research after visiting a commercial hog operation and became interested in the measures taken to keep the facility free from infectious diseases. She compared a commercial grade disinfectant against regular soap and water to determine if there was a significant impact on the bacteria collected from samples.

The Agricultural Proficiency Awards honor FFA members who, through their Supervised Agricultural Experiences have developed specialized skills that they can apply toward their future careers. Students can compete for awards in 47 areas covering everything from Agricultural Communications to Wildlife Management. Each award area has two categories, placement and entrepreneurship- although in some award area- those two categories are combined.

The awards were given out in Indianapolis during the 95th National FFA Convention & Expo, with the winners announced during onstage ceremonies in several of the General Sessions at Lucas Oil Stadium

After receiving the national championship award- Raigin talked with FFA broadcast intern Michelle Stangler about the contest and her success. Listen to Raigin McKee by clicking on the link below.

McKee was one of more than 2,000 Oklahoma FFA members that were a part of the National FFA Convention and Expo in Indianapolis the last week of October. Learn more about Oklahoma FFA by clicking here for the state association website.