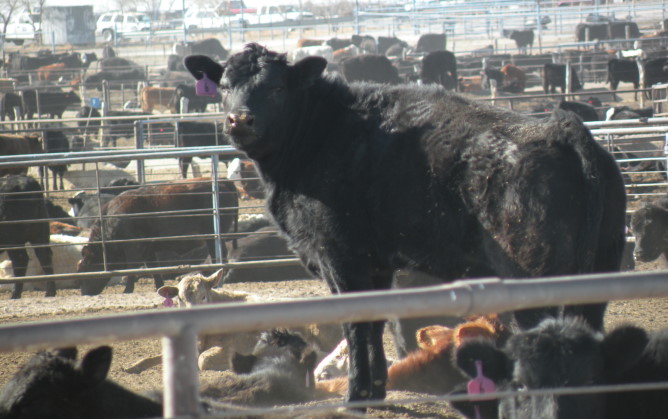 The latest USDA Cattle on Feed Report was released on Friday afternoon and is being called friendly to bullish, depending on who you listen to. Oklahoma Farm Report's Ron Hays talked after the numbers were released with Oklahoma State University's Dr. Derrell Peel who described the report as being "very well anticipated- it was actually a little bit friendly in terms of the placements being a little bit smaller but within the range of estimates and so this report is a continuation of what we have seen in the last month- I think we have finally turned the corner, it's taken several months to get here but we are going to see these inventories continue to tighten as we go forward."

Peel adds "for several months, because of the drought, we have marketed feeder cattle earlier than usual- they have gone into the feedlot and that has maintained feedlot inventories longer than we would have otherwise seen I think in the absence of the drought impact- but you can only do that for so long."

You can listen to part one of Dr. Peel's comments on today's Beef Buzz by clicking on the Listen link at the bottom of this story.

Meanwhile, according to Rich Nelson with Allendale- "Cattle on Feed bullish. Nov 1 On Feed 98.0% of last year, Oct Placements 93.9% and Oct Marketings 100.6%. Record low placement for the month of October since the data series started 1996. Two months in a row of a changed placement pattern." (via twitter)

And Brady Sidwell from Enid with Sidwell Strategies writes in Barchart "Friday’s USDA Cattle-on-Feed report leaned bullish with October placements lower than expected and in fact, the lowest on record for that month. November 1st on-feed numbers were as expected as were October marketings."

From the actual USDA report- one number that really jumps out is the Texas placements, which were only 86% of a year ago- the deficit of available cattle seemingly bigger than in other regions here in the south. As for the summary of the numbers from Friday:

Cattle and calves on feed for the slaughter market in the United States for feedlots with capacity of 1,000 or more head totaled 11.7 million head on November 1, 2022. The inventory was 2 percent below November 1, 2021.

Marketings of fed cattle during October totaled 1.80 million head, 1 percent above 2021. Other disappearance totaled 54,000 head during October, 5 percent below 2021.

Click here to review the complete report from the USDA's NASS.