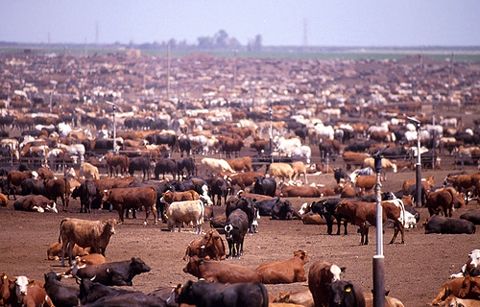 Oklahoma State University Extension Livestock Market Economist Dr. Derrell Peel says that the final Cattle on Feed Report of 2022 was generally in line with what the pre report guesses were.

Perhaps the only discrepancy was a slightly higher placement number than the average per report guess. Still, the report showed fewer cattle on feed, lighter placements and stronger marketings.

Cattle and calves on feed for the slaughter market in the United States for feedlots with capacity of 1,000 or more head totaled 11.7 million head on Dec. 1, 2022. The inventory was 3% below December 1, 2021, USDA NASS reported on Friday.

Marketings of fed cattle during November totaled 1.89 million head, 1% above 2021. Marketings were the highest for November since the series began in 1996.

Peel says that the December report was the third month in a row for placements less than a year ago- as well as on feed numbers under year ago as well. He says it took longer to get to this place than he had expected- but drought has finally produced cattle numbers that will stay smaller than what the market really wants for the immediate future.

As for marketings- it was what the trade expected but still a historic number. The marketing data of Friday’s COF report showedd in the month of November, there were 1,891,000 head marketed – which is the largest November marketing that the COF report has seen since it began in 1996. The market’s most recent matter of concern has been whether or not current throughput speeds will be aggressive enough to allow feedlots to maintain currentness. The Friday numbers suggest the market should be able to remain current into the new year.

Dr. Peel foresees tighter cattle numbers which will result in higher cattle prices and will provide cattle producers leverage over the packers in 2023 and perhaps 2024 as well. The wildcard is how long drought will remain in place in the southern and central plains.