NCGA Calls on Farmers to Contact EPA Regarding Atrazine 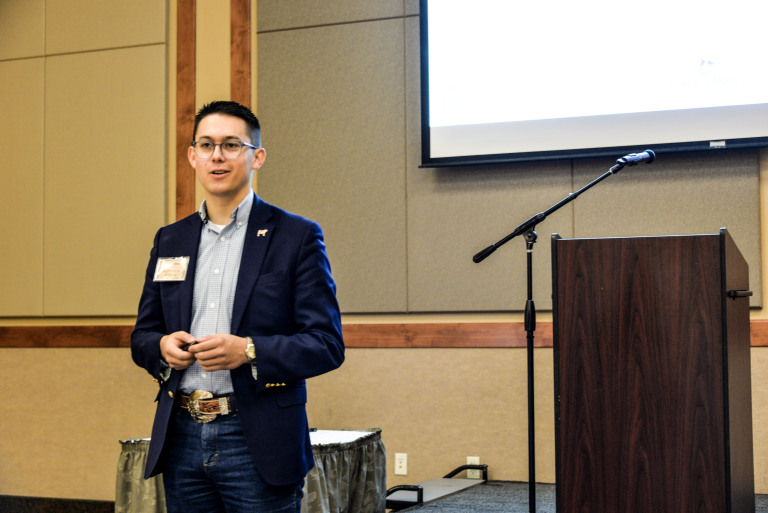 Senior Farm and Ranch Broadcaster, Ron Hays, got the chance to visit with Tanner Beymer, Senior Director of Government Affairs at the National Cattlemen's Beef Association, talking about the USDA’s new proposed competition and market integrity rules under the Packers and Stockyards Act.

“USDA announced quite a bit,” Beymer said. “The first was that they are going to be publishing very soon at the federal register the second three rulemakings on Packers and Stockyards enforcement. This is the latest iteration of what has become a 14-year debacle and what the industry has collectively referred to as the GIPSA rules.”

“We are looking at, in front of us, an undue and unreasonable preferences and advantages rule out of USDA,” Beymer said. “In addition to that, USDA also announced that they are going to be putting together a pot of money to the tune of 15 million dollars to enter into cooperative agreements with state attorney’s general to incentivize them to better enforce anti-trust statutes in the agriculture sector.”

This is very substantial work coming out of USDA, Beymer said, and relatively unprecedented as far as we have heard in respect to some of the parts that they have announced to date.

“Over the last 14 years, we have seen many different proposed rules that if allowed to finalize would have been absolutely detrimental to the way that we do business in this country,” Beymer said. “This rulemaking that USDA announced, is not officially a notice of proposed rulemaking- it is what they are calling a draft rule. It is 180 pages long and I am not exaggerating when I say that we broke our printer in our office and ran out of highlighters trying to analyze the first little bit of this.”

Beymer said NCBA will be examining this draft rule through the lens of the NCBA grassroots policy process to make sure they are advocating for economic independence and freedoms on behalf of members.

“Anyone watching this from the country has got to be experiencing some degree of whiplash because they have really ping-ponged back and forth on what they believe from administration to administration is the proper role for the federal government in the marketplace,” Beymer said. “They are seeking to assert a lot of authority from USDA into the day-to-day marketplace as part of this rulemaking just from what we have seen so far. I think there is probably some stuff in here that producers can feel pretty comfortable with, but there are a lot of things in here that raise more questions than they answer.”

Over the course of the next several weeks and months as this eventually becomes an official notice of proposed rulemaking and opens up a public comment period, Beymer said that NCBA is going to try to figure out what some of those unanswered and concerning questions are.

“The Packers and Stockyards Act of 1921 was a children’s book compared to this novel,” Beyer said. “We are definitely going to be looking at the congressional intent and whether this exceeds it.”

Click the LISTEN BAR below to listen to Ron Hays and Tanner Beymer talking about USDA’s new proposed regulations under the Packers and Stockyards Act.